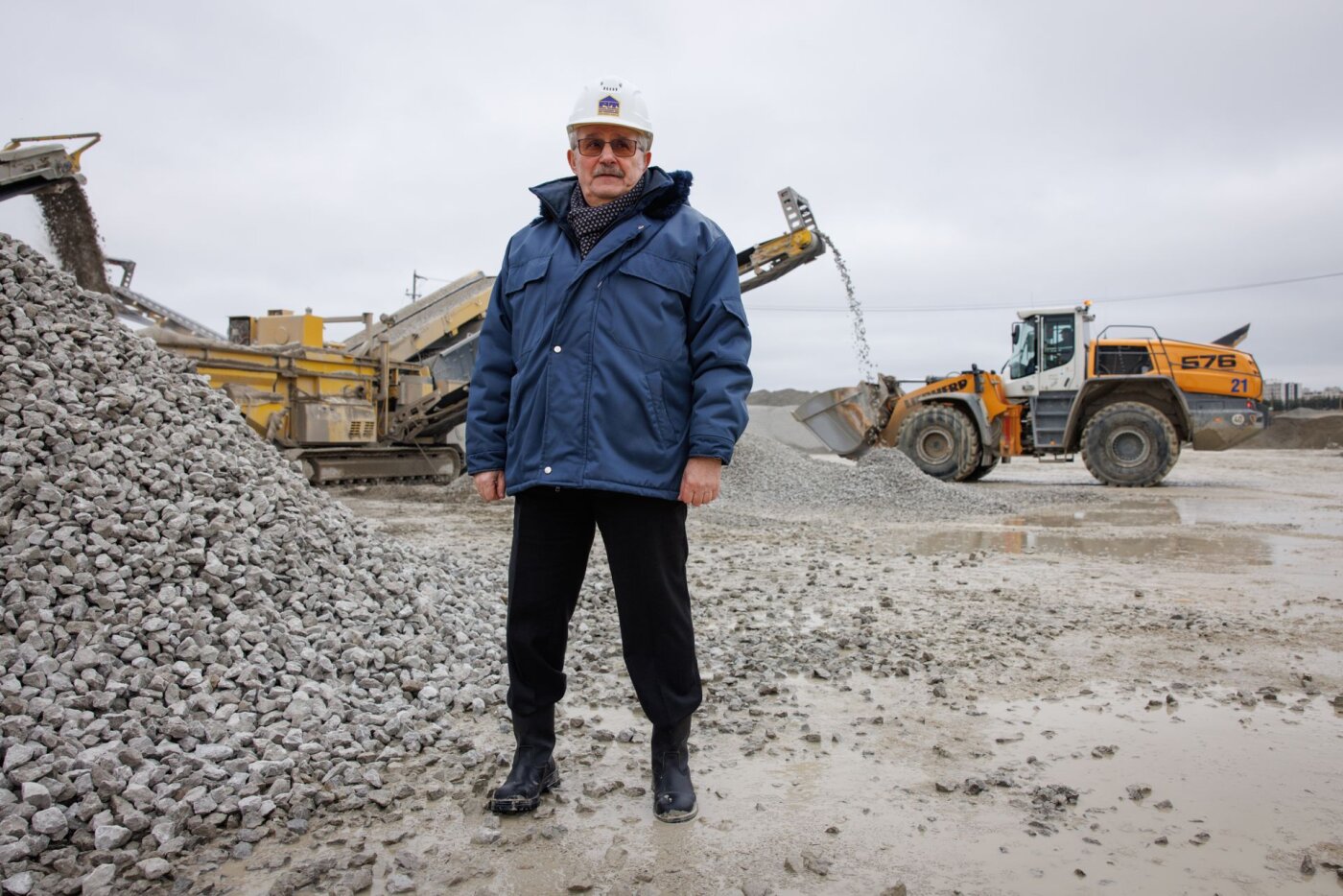 Vladimir Libman, the owner of the largest crushed stone producer in Estonia, has been running his company for 37 years, and he already knows under what conditions he will retire. In an exclusive interview given to DV Mr. Libman talked about how things are going in his business, described the general situation in the Estonian building materials market, and gave his opinion on what is wrong with electricity in our country.

How is the company doing in general?

Last year was bad for everyone – our turnover fell by 15% and profit fell by 50%. In addition to reduction of turnover, fuel costs also increased. On the other hand, we are fine with electricity – in 2021 we signed a contract with Eesti Energia, in which we fixed the price for five years.

What guided you when you signed the contract?

The sixth sense – I do not believe in the power exchange. Why is it even needed? We have the right to buy electricity from any producer.

The forecast is also negative – further 15% decline. But we have a lifesaver, namely, the new line in the Väo quarry that we bought in 2020. It works so flexibly that if we have less work, we will work not twelve, but eight hours a day. We will save people, prevent losing money and prepare for the next leap.

Do you only sell limestone?

If previously we sold only crushed stone, then now 20% of our turnover is decorative stone (we plan to build a plant for its production). The reason for that is that we extract raw materials in the Väo quarry and transport it to the production place on Saaremaa. Over there about a third of the limestone is used to produce stone, and two-thirds go to waste (which is the norm for this industry).

You also talk a lot about green electricity. What’s wrong with it?

I believe this is the biggest bluff of the 21st century. Green electricity can and should be used in small quantities where it is profitable – for example, for individual cottages and farms.

Considering how much sun we have in Estonia, even the biggest patriot of green electricity will not talk about the relevance of solar panels in this country.

As far as windmills are concerned, I don’t believe that they can replace fossil-fuelled electricity in any serious industry. Laws of physics will always apply – you have to give away the same amount that you get.

The full version of article: https://www.dv.ee/intervju/2023/01/19/vladimir-libman-shestym-chuvstvom-zafiksiroval-cenu-najelektrichestvo-neverju-vbirzhu