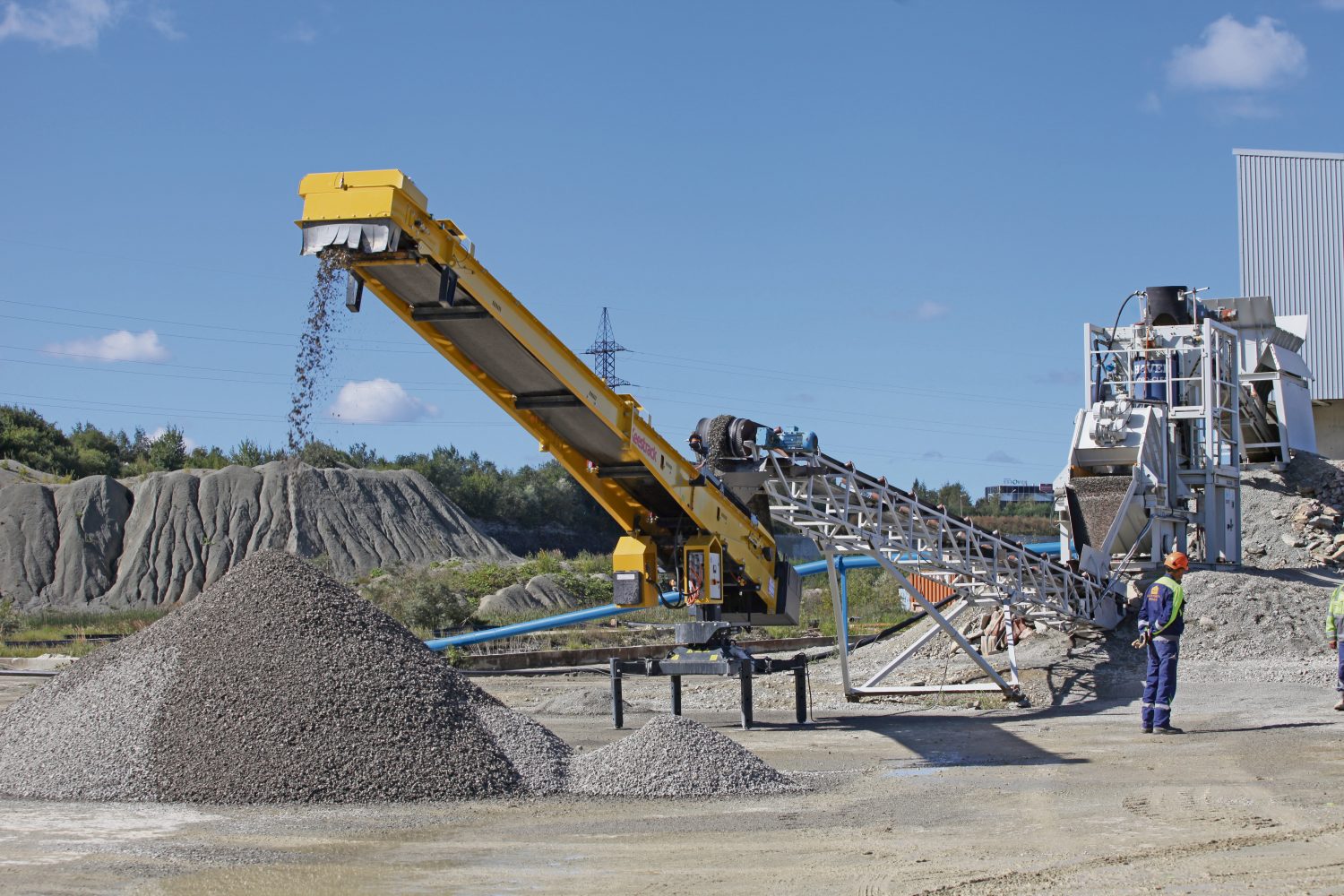 Tomorrow’s prosperity will be made possible by a green turn for renewable energy, smart homes, and self-propelled cars, which will only be possible through the responsible use of local limestone.

Preference for a local product can be considered the cornerstone of a climate-neutral economy and a sustainable way of life – it is on this idea that Paekivitoodete Tehase OÜ, one of the largest manufacturers of construction raw materials in Estonia, builds its future.

There is no point in talking about environmental awareness if, for example, organic food imported from abroad is bought from a store. Transport and storage then consume so much energy that it makes the efforts made to grow this food in a sustainable way meaningless. The same rule works for building materials: the more local the material, the more sustainable it is. Fortunately, we are able to use local limestone in the construction of roads and buildings, which eliminates the need to depend only on imported granite crushed stone.

There is no reason to be afraid of a big hole

It is no wonder that the people of Jõelähtme municipality, for example, became anxious when one day a huge number of mining enthusiasts landed in their homeland. The construction of the Rail Baltic railway line connecting the Baltic States requires a huge amount of high-quality limestone crushed stone.

The major project came during a period, which all limestone quarries used so far in Harju County will be exhausted. Hence the hasty action of the entrepreneurs. When all the exploration permit applications were put on the map, it seemed to some that in the future, only a few unscathed tussocks would appear between the quarries.

Fortunately, its not that bad

However, a more important factor is the revolutionary breakthrough in limestone mining technology and quarry reclamation over the last few years. The green revolution in mining is not an empty slogan.

Breakthrough thanks to equipment from Austria

Two years ago, Paekivitoodete Tehase OÜ, a private limited company, entered a whole new era, probably acquiring the most innovative set of equipment in the world.

In 2019, the residents of Lasnamäe got rid of the dust and night noise from the Väo quarry when a mobile stone-crushing machine with a hybrid engine designed in Austria and completed at the Czech Keestrack plant was put into operation. The purchase of the device, which cost almost one million euros, was financed by more than a third by the Environmental Investment Center, i.e., EIC.

The need for a night shift disappeared because the Keestrack device operates at twice the capacity of the old stationery line.