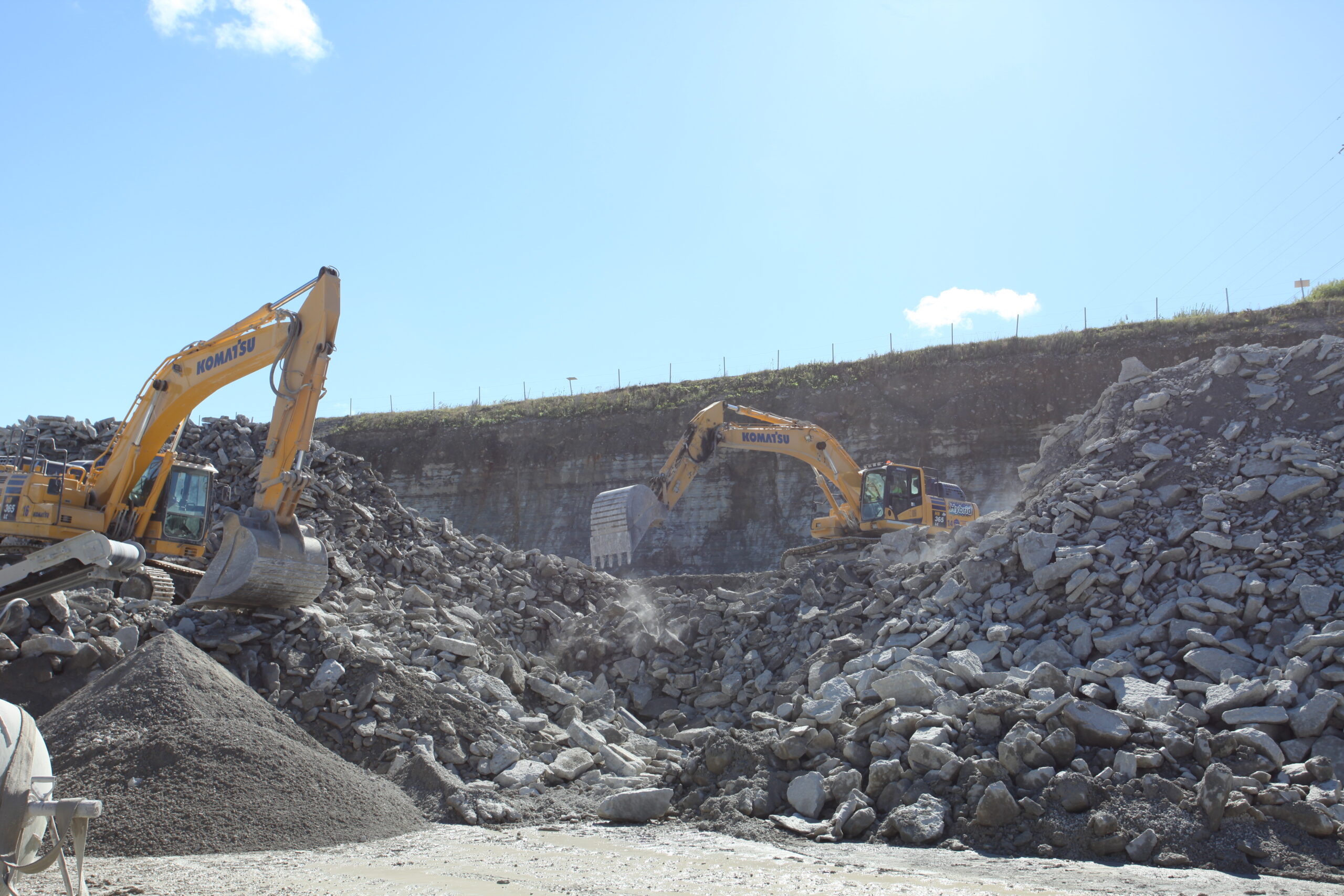 There were times when the use of the old limestone production technology produced 30-37% of the material, which simply waited until something could be done with it.

According to the head of Paekivitoodete Tehase OÜ, the company had been looking for a use for this ash for years – even in the cosmetics industry, but it did not work because of the gray color. The solution began to dawn in 2006 when employees of the company flew to check out the situation in the quarries in Northern Ireland.

As a result of this visit, the limestone plant purchased a device in 2008 that could be used to separate washed limestone sand from the ash hills at above zero temperatures. This year alone, more than 350,000 tonnes of it have been sold for the construction of roads, car parks, and even buildings, a total of almost 4 million tonnes over the years – the only one who doesn’t want to buy it is the Transport Administration of the country.

Initially, the clay was simply left in the troughs, but the company was not satisfied with the 8 percent and started to investigate whether it would be possible to start something useful with this residue. An Italian company was found with its specialized filter presses – all the water is squeezed out of the mud with raw force like with good old apple juice presses.  Because of such process the limestone “cakes” – are formed – sludge. Otherwise, you would have to wait for years before the water naturally flows out of it – now it happens right away.

And today, the company has received confirmation from researchers at the University of Amsterdam that these limestone “cakes” -sludge – if they are at least a meter thick – are waterproofing that meets European standards. This is thick enough so that groundwater, for example, does not squeeze out from under it.

The result of all these technologies is that not even one percent of the limestone mined in Väo quarry remains unused.

But what happens next? There will be enough crushed stone reserves for large-scale production in Väo quarry for another 5-7 years.

First of all, the city and the country may have a plan to build a technology park in this area – however, as the landscaped area is located in the middle of the quarry, a connecting road must be built on the power plant side and a peninsula at the same height as Peterburi highway will be created in the quarry.

But there are others interested. Namely, on July 23, 2021, the Estonian Hobby Cross Club ( Eesti Hobikrossiklubi Mohotalli Arenduse MTÜ) has applied to the Land Board and asked for their opinion about the establishment of a technical sports center in Väo Paas area. Unfortunately, the Club was informed that since the period of validity of the environmental permit of Väo Paas is being extended, OÜ Väo Paas does not see an opportunity to allow anyone there for large-scale activities in the next ten years.

Regarding the production of crushed stone in general, the highest quality crushed stone in Estonia is currently obtained from three quarries: Väo and Harku, and also from Kunda that is a hundred kilometers away. In the current quarries near Tallinn, the crushed stone is about to run out in the next five years.

Full version of the article: https://forte.delfi.ee/artikkel/95507137/vao-karjaari-tulevik-roheala-veekogu-plaaditootmine-ning-ralli-ja-tehnopark