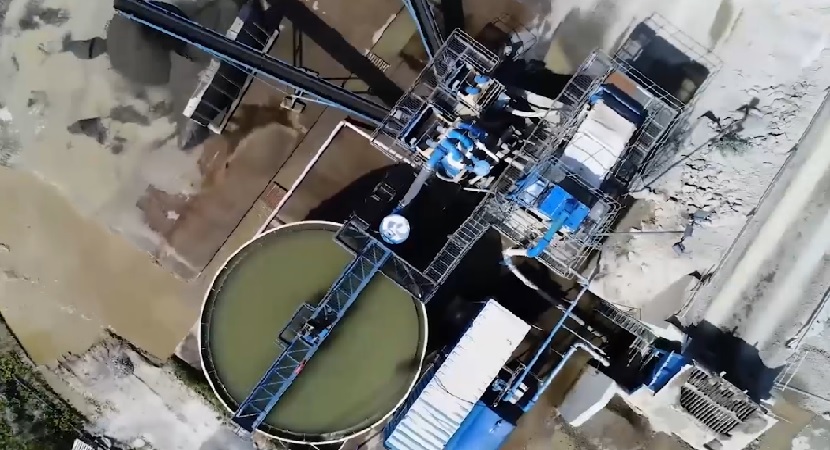 One got a product more than a hundred times more expensive than the previous production, and the other got material for the manufacture thereof.

Saare Dolomiit-Väokivi is the largest producer of natural decorative stones in Estonia. It is mainly made of materials from their Saaremaa dolomite mining.

In St. Petersburg, Saaremaa dolomite became a favorite stone for renovating buildings already after the Second World War. Two years ago, Saare Dolomiit-Väokivi sold 62% of its production to Russia.

The situation changed two years ago with the corona pandemic. On March 16, 2020, the main owner of the company had to leave Moscow. By that time, however, the share of Russian sales had fallen to 23%. Now that business with its eastern neighbor has disappeared almost to the day due to Russia’s war with Ukraine, the Swedish market has filled a hole in the Russian market for the Dolomite-Väokivi.

Instead of dolomite, limestone mined on the island of Gotland is popular in Scandinavia, just like the one obtained from the Väo limestone quarry near Lasnamäe. As there is no such stone in the quarries of the islanders, the company approached Tallinna Limestone Factory, the largest producer of crushed limestone in Estonia, operating in the Väo quarry.

Expensive product made to join

Until now, Limestone Factories of Estonia OÜ had also sent a small amount of the best quality limestone blocks to Saaremaa for the production of decorative slabs. According to a recent proposal, they would be able to upcycle stones suitable for the production of ornamental stone even at a selling price of EUR 1 500 per tonne. On April 21, two market leaders in their field merged. The major owners of the new company, Limestone Factories of Estonia, are also the main shareholders of the previous companies.

The company’s CEO Kuldar Õunapuu says that it is now possible to upcycle limestone as much as possible. Layers suitable for making decorative stone are used for the production of stone slabs. The remaining stone is crushed.

New factory will be built

The merger of two companies is not limited to the distribution of materials. According to the  Limestone Factories of Estonia OÜ CEO Vladimir Libman, Gotland has dominated the Scandinavian market so far thanks to the price and production efficiency, which is higher in Estonia. Limestone Factories of Estonia intends to further increase efficiency; according to the CEO, a new plant will be built in the Väo quarry to produce for the Scandinavian market. They want to reach other parts of Europe and, in the long run, North America with their products.

Full version of the article: https://arileht.delfi.ee/artikkel/96601979/kasulik-tehing-ehitusmaterjalide-turul-pandeemia-viis-turuliidrite-liitumiseni