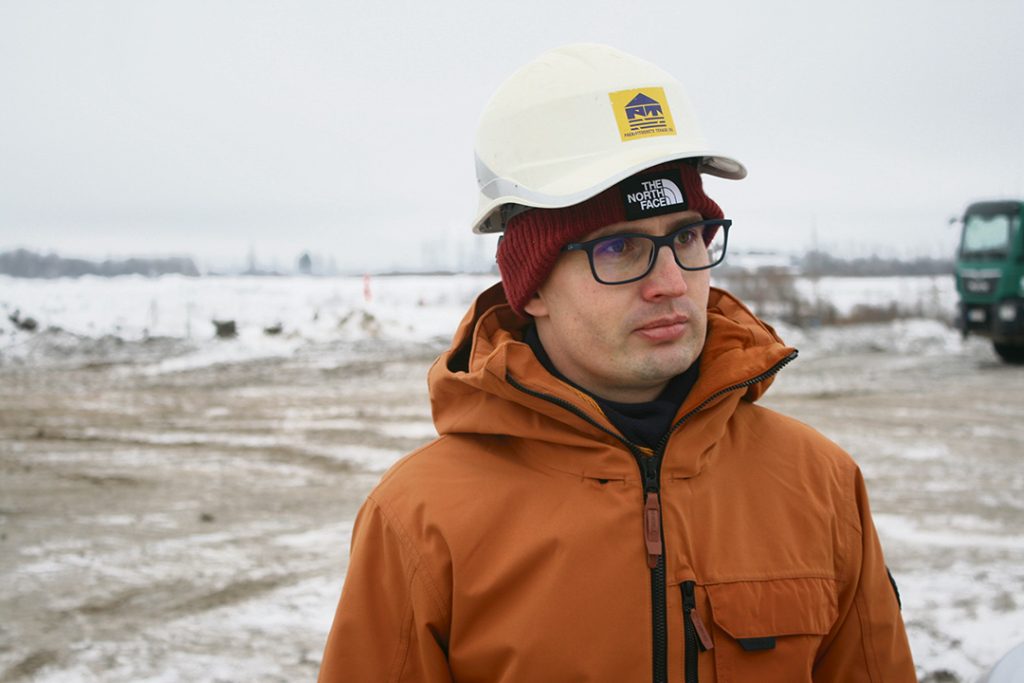 For more than 60 years, OÜ Paekivitoodete Tehas has been extracting limestone from the Väo quarry near Lasnamäe. Still, now the mineral resources crucial in construction are running out and opening new mining areas in the immediate vicinity is, to put it mildly, difficult.

Limestone may become in short supply

In fact, it is not just about the commercial interest of a company specializing in mining and crushed stone production; it is about the economy of the entire country, the future of infrastructure construction, and thus the well-being of society as a whole that is at stake, because limestone is one of the most important components of construction and production of materials, as it is the source material for the production of concrete products, the export of which forms a significant part of Estonia’s foreign trade.

Many places have been researched and weighed; at present, the chairman of the board Vladimir Libman considers the former 156-hectare peat deposit with the collective name Maardu III near Maardu manor to be the most realistic in the areas of Jõelähtme municipality. There is an average of 13 meters thick limestone deposit in the soil.

It is there that the most developments have been made with the surveys, exploration permits have been obtained from the Environmental Board, and pilot drilling has been carried out, but then the Jõelähtme rural municipality government deemed it necessary to sue the Environmental Board. Namely, the municipality has a lot of reasons why Maardu III is an unsuitable place to open a new quarry.

«If our quarry, the quarries of Harku and Väo Paas, become depleted more or less at the same time, the crushed stone must be brought, for example, from Finland or elsewhere in Estonia, which will increase the current price two or three times. For example, in road construction, this means that if you build a kilometer now, then in the future you can build about 400 meters for the same money», – tells the company’s board member Kuldar Õunapuu.

How to motivate local authorities

This is especially true for the rural municipalities around Tallinn, which in itself are full of taxpayers working in the capital, which is why there are no problems with budget execution, and so it is difficult to influence them to open new quarries even at the state level. The seemingly unresolvable contradiction has led to a situation where the rural municipality, i.e., essentially a state body, has an endless judicial process going on with the state agency and, in essence, against the decisions of the government of the republic.

Among the counterarguments, Umboja first points out the fact that the Maardu III research area is located in a wetland. This is Maardu bog, where only a few years ago, the state planned to restore the natural water regime of the residual bog, which is one of the important goals of the EU. Currently, this intention has been shelved, the reason of which the mayor does not know.

The bogs are formed where the lowest places in the area are, and if you look at the map applications of the Land Board, then Maardu bog and the nearby area – the Jõelähtme River with feed ditches – is a place where a massive body of surface water gathers.

Secondly, the mayor of the rural municipality notes that there are many protected species in the area, especially falconiformes (white-tailed eagle) and amphibians (triturus), and several protected plant species have been found. The third reason is the noise and dust disturbance associated with the quarry.

Full version of the article: https://www.harjuelu.ee/majandus-vajab-lubjakivi-aga-kuidas-saavutada-kokkuleppeid/